I’m still very much suffering the Bruce Blues, I have come to reluctantly accept the fact that as a Bruce Springsteen lover, I’ve had a pretty good run of it this Summer. Bruce may be touring the US now, but I was lucky enough to see him in April 2012 in New York, my first concert this year, with a long Summer of Bruce and the E Street Band stretching out in front of me.

As fans know, after every Bruce concert you feel that you’ve seen your best. Can it really get any better? Inevitably, I’ve thought every show has been incredible. Looking back and six shows later, I can just about start to pick out my very best moments.

Bruce at Madison Square Garden was one of the hardest concerts to get tickets for, and in all my efforts with website crashing, long phone calls and a lot of luck, I ended up getting tickets for both nights (I was only planning on one). For about half a second, I toyed with the idea of selling one set, but that would be far too sensible. You really do lose all sense when it comes to Bruce.

I easily persuaded myself and went both nights, thankfully, as on the 2nd night I saw Bruce play what I claimed at the time to be my ‘ultimate Bruce set list’ (until brilliant set lists revealed themselves at every concert over the Summer). Yes my bank balance took a hit, but when Bruce tours, you accept the fact that you’ll have no money left by the end of it.

So off I went to New York, one of my favorite cities, where as a burger lover, I was in heaven. Arriving at MSG on that first night I felt sick with excitement, a feeling I’ve become quite used to. 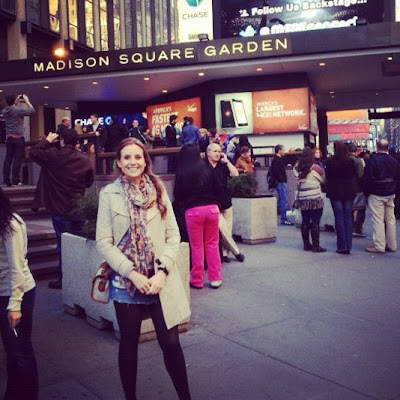 This was my only Bruce concert I’ve ever had allocated seats for (I have no idea how fans managed to get standing tickets) so it was strange to be in an incredible city and actually have the day of the show to enjoy it, safe in the knowledge that I had a guaranteed view (albeit at a distance) without the queuing. 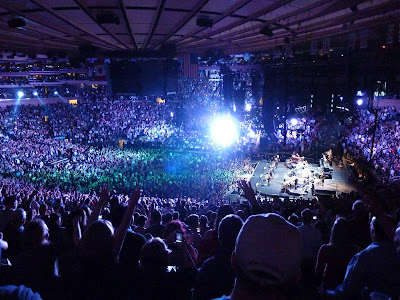 Looking back on the show there are so many parts I can appreciate even more four months on. When Bruce and the E Street Band play a song you think you’ll never hear, the shock…well it’s something else. So when I heard those opening bars of Because The Night, I got on board with the Americans and whooped like I’ve never whooped before.

But it just kept getting better, Backstreets started (the first time he played it on the tour and I’ve carried a Backstreets sign around the world for years and never heard it) and Rosalita raised the roof. Kitty’s Back on the first night, the tour premiere of Spirit In The Night on the second, I was in Bruce heaven.

The show was a first for me in so many other ways as well. This year has been Jake Clemons’ first full tour; his connection with the crowd and skill was obvious from the moment he played that first note. Although no one could ever try to replace his uncle Clarence, the relationship between Bruce and Jake brings another dynamic to the shows, and the crowd love him.

It was the first time I saw Jake on this tour and the first and last time seeing Patti, who was ‘staying at home making sure the kids don’t do drugs’ for the majority of the European leg. That meant is was the only time I heard Easy Money, which was fun. 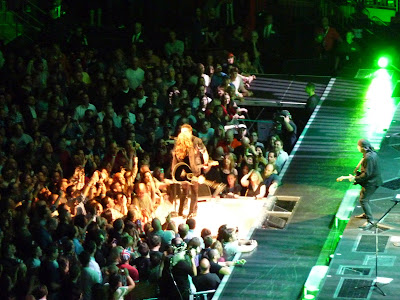 Whilst I was over the moon to be there I couldn’t help
feeling a little left out as Bruce interacted with the crowd in the pit, drinking their
beer and crowd surfing over them. 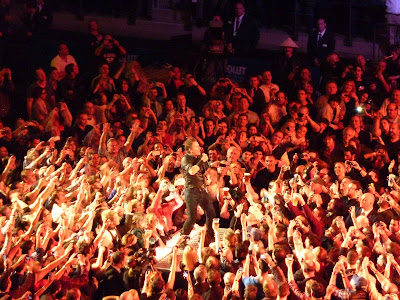 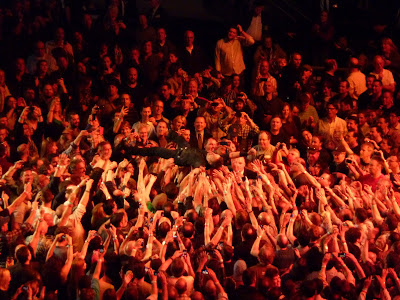 New York was the first time I saw the band’s tribute to The Big Man during Tenth Avenue Freeze Out – a moment that sent shivers down my spine as an arena of thousands of people cheered for Clarence. Bruce stopped the music as the crowd went crazy for his friend. 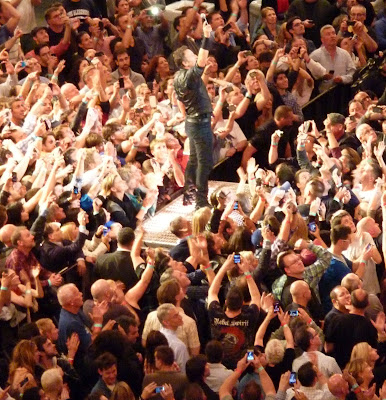 I’d only ever seen Bruce play in Europe before, and I wasn’t sure what it would be like to see him Stateside, not far from his home town of New Jersey. Although it’s a different experience to Europe, I was still surrounded by people of every age, with totally different interests, yet we were all there with one thing in common and ready to have a good time. And that we did.

Before I knew it, seven hours and two nights of Springsteen and the E Street Band were over. I saw two incredible shows and the majority of Wrecking Ball live, an album that I’d listened to and loved, but live, the meaning of those lyrics and performance of those songs is even more powerful.

Even now I’m tracking the US tour wondering if I can go back.

My other love is burgers, so here are some food and burger places I discovered in New York when I wasn’t watching Bruce and the E Street Band!